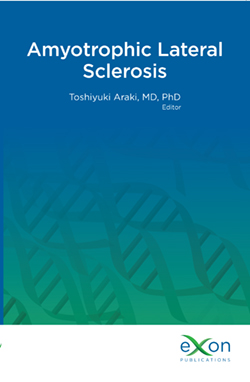 Amyotrophic lateral sclerosis (ALS) is a rare and severe neurodegenerative disease affecting the upper and lower motor neurons, causing diffuse muscle paralysis. Etiology and pathogenesis remain largely unclear, but several environmental, genetic, and molecular factors are thought to be involved in the disease process. Emerging data identify a relationship between gut microbiota dysbiosis and neurodegenerative diseases, such as Parkinson’s disease, Alzheimer’s disease, and ALS. In these disorders, neuroinflammation is being increasingly recognized as a driver for disease onset and progression. Gut bacteria play a crucial role in maintaining and regulating the immune system, and changes in gut microbial composition can influence neural function by affecting neuro-immune interactions, synaptic plasticity, myelination, and skeletal muscle function. This chapter outlines the relationship between ALS and the human microbiota, discussing whether an imbalance in intestinal microbiota composition through a pro-inflammatory dysbiosis promotes a systemic immune/inflammatory response, and has a role in ALS pathogenesis, clinical features, progression, and outcome.