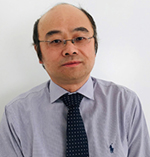 Dr. Xudong Huang is Associate Professor at the Harvard Medical School (HMS), and Co-director of the Neurochemistry Lab at the Psychiatry Department of Massachusetts General Hospital (MGH). Dr. Huang received his PhD from MIT and conducted his postdoctoral research at the MGH/HMS. His research has been supported by the NIH and other private foundations since 2001. One of his research interests is drug discovery for Alzheimer’s Disease with emphasis on designing, synthesizing, characterizing and high throughput screening of theranostic compounds. He is also interested in structure-based rational drug design and artificial intelligence-based drug discovery. Dr. Huang serves on the scientific advisory board of several research foundations. He is also on the editorial boards many scientific journals, and has published more than 100 articles, including articles in Lancet, Neuron, and Annals of the New York Academy of Sciences.