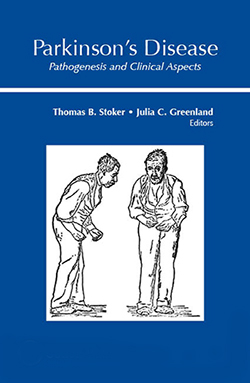 Parkinson’s disease (PD) is a heterogenous disease with a varying age of onset, symptoms, and rate of progression. This heterogeneity requires the use of a variety of animal models to study different aspects of the disease. Neurotoxin-based approaches include exposure of rodents or non-human pri­mates to 6-OHDA, MPTP, and agrochemicals such as the pesticide rotenone, the herbicide paraquat, and the fungicide maneb. Acute exposure to neurotox­ins induces motor deficits and rapid nigro-striatal dopaminergic cell death by disrupting mitochondrial function and/or increasing oxidative stress, while chronic administration of neurotoxins induces progressive models which can include alpha-synuclein (α-synuclein) aggregates. Genetic-based approaches to model Parkinson’s disease include transgenic models and viral vector-mediated models based on genes linked to monogenic Parkinson’s disease, including SNCA, LRRK2, UCH-L1, PRKN, PINK1, and DJ-1, as well as manipulation of dopaminergic transcription factors. SNCA mutations, overex­pression, and introduction of α-synuclein preformed fibrils induce toxic pro­tein aggregates and variable nigro-striatal neurodegeneration and motor deficits, depending on the specific model. Species, genetic background of a strain, and environment affect the display of symptoms and neurodegenerative hallmarks of animal models. These models can be combined to study the interplay between genetics and environment and untangle the heterogeneity and mechanisms underlying Parkinson’s disease. In this chapter, we discuss the strengths and limitations of mouse, rat, and non-human primate models of Parkinson’s disease.