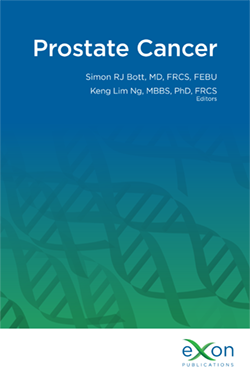 Mutations in the tumor suppressor gene TP53 are among the most common genetic aberrations in cancer. In prostate cancer, the role of mutant TP53 remains incompletely understood. Initially, mutations in TP53 were considered late events during malignant progression and associated with metastatic dissemination and castration resistance. However, recent studies report an inactivation of TP53 at an unexpectedly high frequency in primary as well as metastatic castration-naïve prostate cancer. In this chapter, we discuss the biology of p53, the relevance of TP53 mutations for prostate cancer progression and therapy resistance, and its potential role as a marker to identify patients who require more intensified treatment.