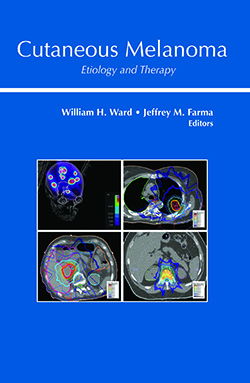 Melanoma is a potentially lethal cancer that is most commonly cutaneous. The worldwide incidence of melanoma has risen rapidly over the course of the last 50 years. Its incidence is greatest among fair-skinned populations, and in regions of lower latitude. Incidence is greater among geriatric populations, but melanoma is also among the most common cancers found in adolescent and young adult populations. In fact, it is one of the leading cancers in average years of life lost per death from disease. Melanoma incidence varies by sex, which is also associated with differences in melanoma anatomic site. Similar differences by region, ethnicity, age, and sex are observed in mortality rates of melanoma. In the setting of rising incidence and mortality, melanoma bears a heavy health and economic burden. Attributable costs are several billion in nations with greater mela¬noma incidence. Preventative strategies have been implemented in multiple high-risk regions with variable success. It is imperative that research efforts achieve better understanding of the risk factors and etiology of disease, with the goal to halt and reverse the progressive trend of rising incidence and mortality from melanoma.